Kevin VanDam, Skeet Reese, Mike Iaconelli and Gary Klein among select group to compete in a new game, with new rules and no limits 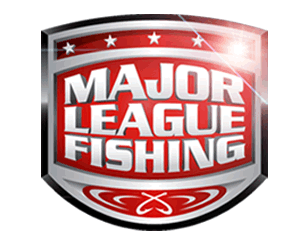 TULSA, Okla. – August 4, 2011 – Declaring the creation of a new game, with new rules and no limits, Outdoor Channel, America’s Leader in Outdoor TV, and 24 of the world’s premiere competitive bass fishing anglers have come together to form MAJOR LEAGUE FISHING™. This new sports organization will feature competitive bass fishing events designed to bring high-intensity challenges to the competitors and entertainment, as well as insight, to audiences.

“Major League Fishing will offer sports fans a unique way to view bass fishing competitions with production features that go beyond just fishing to focus on the personalities, struggles, strategies, conflicts and emotions of the anglers,” said Outdoor Channel CEO and President Roger Werner. “Outdoor Channel is proud to be involved in this project from the ground floor and we see an outstanding future in this partnership. This latest venture reflects Outdoor Channel’s ongoing commitment to innovative, high-quality content that our core and loyal base of viewers has come to expect from us.”

“It is like nothing we’ve ever done or seen at this level, and I can assure you the anglers are excited about this,” Klein said.

“The format is exciting, and the television production will be top-notch,” Duckett said. “Our goal was to put together a group of the most influential anglers in the business, and we have done that. They understand we’re offering something that will enhance the way the public views our sport.”

“What your grandfather did, your father did, and what I did last week in tournament fishing has been around for decades,” Reese said. “If you want to see a new, fun and exciting format that will take competitive fishing to a new level, then you’ve got to check out Major League Fishing.”

“I’ve been involved for many years with sporting events of all kinds, and I can honestly say that I’ve never been more excited about a project than I am about Major League Fishing,” Wilburn said. “We have a great concept, and we have the enthusiastic participation of the best anglers in the world. I believe this is going to be extraordinary.”

A weeklong event – the MAJOR LEAGUE FISHING CHALLENGE CUP – will be held later this year. The event will be broken down into episodes and aired in the second quarter of 2012 on the Outdoor Channel.

MAJOR LEAGUE FISHING is a partnership of 24 of the world’s most talented, influential professional bass anglers and the Outdoor Channel. For more information about the new game, with new rules and no limits, please visit: www.majorleaguefishing.com.