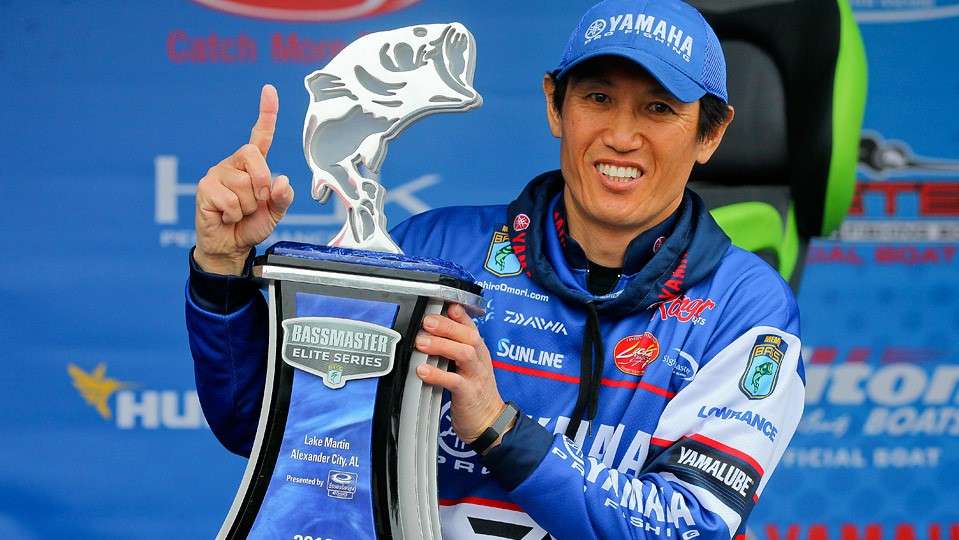 ALEXANDER CITY, Ala. — Before this week, it had been more than 15 years since Takahiro Omori fished a major professional bass tournament on Lake Martin.

But history — both recent and distant — says he should find ways to come back as often as he can.

Omori went into Sunday’s final round of the Bassmaster Elite at Lake Martin presented by Econo Lodge with a 4-pound, 2-ounce lead. He managed a final-day catch of 14 pounds to claim the victory with a four-day total of 59-8.

It was Omori’s seventh career victory with B.A.S.S. and his second B.A.S.S. win in three years in the state of Alabama after a triumph on Wheeler Lake in 2016. He also won an FLW Tour event on Lake Martin in 2001.

“This time of year, I like to fish shallow — especially during the pre-spawn,” said Omori, who surpassed $2 million in B.A.S.S. career earnings with the $100,000 win. “Usually when we schedule a tournament for early February, it’s in Florida and the fish have already spawned. But schedule-wise, coming to this lake this time of year is very good for me.”

Omori didn’t exactly have a wealth of options for putting together good limits during the four-day event. During a mostly subpar practice, he identified one small area up the lake on Tuesday where the current was flowing behind a small island.