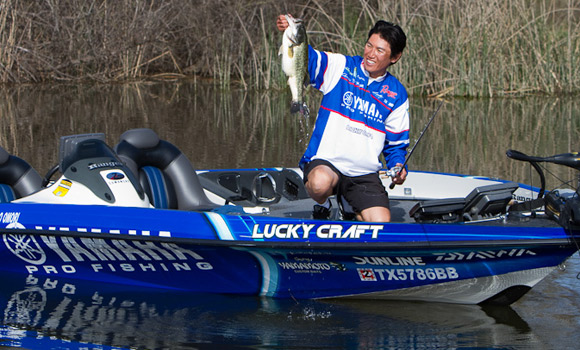 MORRISTOWN, Tenn. – Takahiro Omori is about as easygoing as can be off the water when he’s tinkering with his crankbaits or relaxing with friends.

On the water, though, he’s driven by a competitive nature to be the best in whatever tournament he’s competing in anywhere in the country. That’s why when the PAA Bass Pro Shops Tournament Series presented by Carrot Stix kicks off July 8-10 at Cherokee Lake, he’ll be seeking a bit of personal redemption.

“I’m going to fish all the PAA tournaments, refocus my efforts to them and be ready for them,” said Omori, who lives in Texas near Lake Fork. “I’m so mad right now about the way the (Bassmaster Elite Series) season ended, it’s just part of my nature with competitiveness. Until I have a good tournament I won’t feel good. I’m definitely looking forward to the PAA events.”

Omori has excelled in the past, winning the 2004 Bassmaster Classic and almost $2 million on the Bassmaster and FLW circuits. But his Elite Series season ended with a thud when he finished 54th in the points standings and failed to qualify for the 2011 Classic in New Orleans.

Read the full story at FishPAA.com