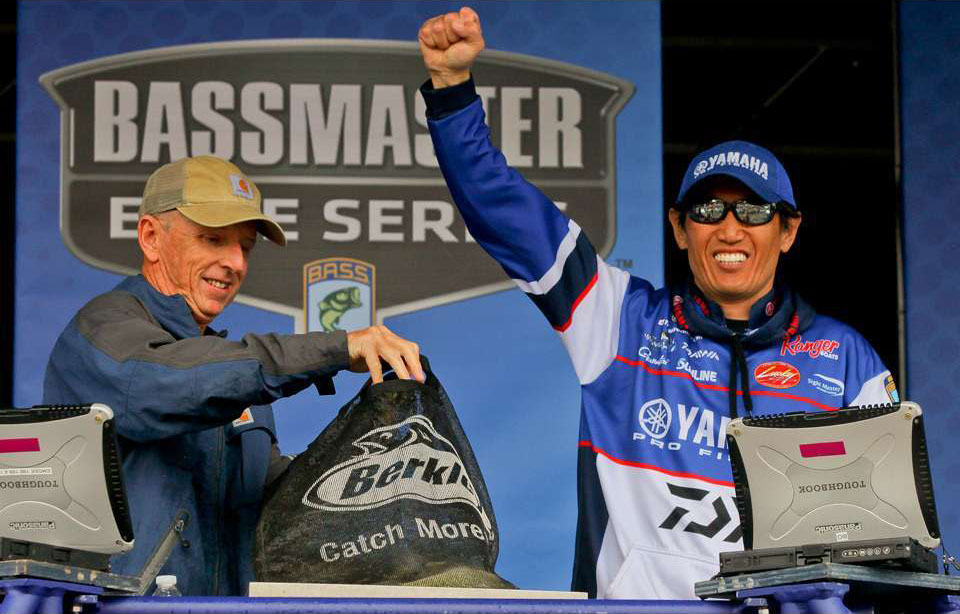 ALEXANDER CITY, Ala. — Takahiro Omori of Emory, Texas, surprised many Bassmaster Fantasy Fishing contestants by proving his Alabama prowess once again by winning the Bassmaster Elite at Lake Martin presented by Econo Lodge.

Omori won on Lake Martin in the early 2000s, and won in 2016 on Alabama’s Wheeler Lake indicating a certain level of understanding for Alabama waters. He spent the majority of his time up the Tallapoosa River fishing a small eddie below a point that was created by an inflowing creek.

The spot was the size of a pick-up truck and produce the vast majority of his four-day limit that weighed 59 pounds, 8 ounces. His impressive stringer topped second-place finisher Bassmaster Rookie Roy Hawk of Lake Havasu, Ariz., by an impressive seven pounds.

Speaking of impressive, the top Fantasy Fishing finisher was “zbass13” who managed to place three anglers in the Top 12, including Omori for the win.