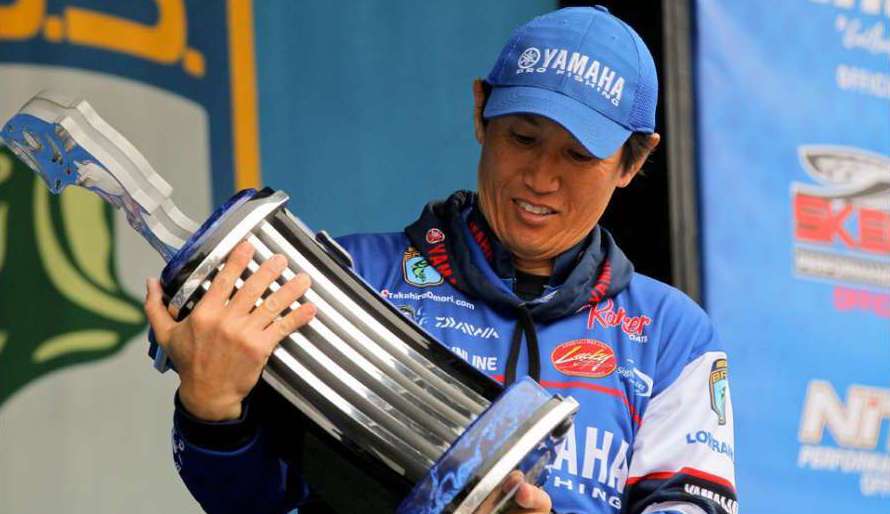 Although too humble to acknowledge accolades, Takahiro Omori certainly deserves to be called “The Great Japanese Fisherman.”

While many in Japan – even his family – see fishing as “a hobby,” Omori, 47, has compiled an impressive resume and quietly become the most successful professional angler who’s ever immigrated to America. With his victory Sunday in the Bassmaster Elite at Lake Martin presented by Econo Lodge, Omori climbed another step into the upper echelons of competitive bass angling.

It was the Toyko-born angler’s seventh Bassmaster victory, and the $100,000 prize made him the 15th person to eclipse $2 million in B.A.S.S. earnings. He downplayed both feats.

“I fish more tournaments than most of the guys. Out of 110, only five or six guys have fished more than me.”

Since his first event in 1991, Omori has competed in 288 B.A.S.S. tournaments, cashing checks in 149 (C50 rate of 52 percent). He’s qualified for 12 Classics, and he won the 2004 championship on Lake Wylie in South Carolina. It’s where a last-minute move to the winning fish spawned his famous catchphrase – “I knew it” – that’s been imitated by fans and anglers countless times.