Tak on top after Day 1 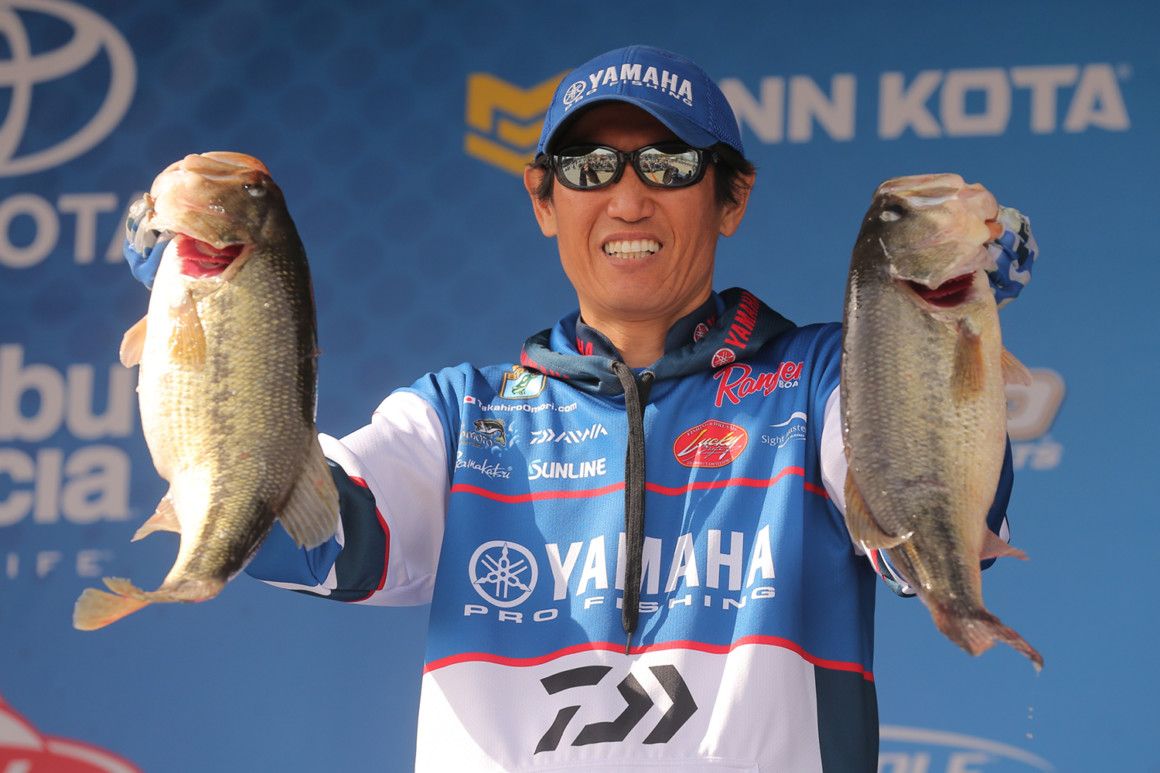 Takahiro Omori is leading an Elite event again after catching 23-12 during Day 1 of the 2018 Academy Sports + Outdoors Bassmaster Elite at Grand Lake.

Today his dominating streak continues thanks to a pair of 6-pound bass that anchored a 23-pound, 12-ounce five-bass limit at the 2018 Academy Sports + Outdoors Bassmaster Elite at Grand Lake in Grove, Okla.

“I didn’t have a very good practice earlier this week,” he said. “I knew the fish were about to spawn, but I was surprised with what I caught today. The rest of the field also caught quite a few big fish, and that’s going to keep things interesting for the next three days.”

The 47-year-old angler has been fishing with B.A.S.S. for over 27 years, and he said this was his best day ever on Grand Lake O’ the Cherokees.

“The best finish I’ve had on this lake was 30th place, so I’m very happy with how I did today,” said the 2004 Bassmaster Classic champion. “I know more fish are moving to shallow water, but it will be tough to catch this much again tomorrow.”

The last angler to win back-to-back Elites was the 2016 Classic Champion Edwin Evers of Talala, Okla., who won on Kentucky Lake then again at the next tournament on the St. Lawrence River in 2015.  Read More over on BASSMASTER.COM >